Lamb: Archie inspired by my dad 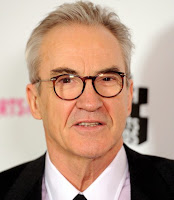 Larry Lamb has revealed that his interpretation of Archie Mitchell was inspired by his own dad.

The 63-year-old actor, who has just written a book about his troubled upbringing, bowed out of EastEnders in 2009 when his character was bludgeoned to death in the Queen Vic.

He said: "My father was the sort of person who, in the middle of a roaring tirade, would say, 'You don't know how lucky you are to have a father like me'. The design of Archie came from this tyrannical character who was absolutely convinced that he was always right."

He went on: "My dad was such a strange person, highly intelligent with an extraordinarily mathematical mind, but so screwed up and cruel."

Larry is busy promoting his book and spending time with his family, but he admits that he misses a lot about the soap.

"I was disappointed in the fact that it was the end of a well-paid job with lovely people. It was all structured and I was part of a great big operation and I liked that," he said.

Mummy's Boy, by Larry Lamb, is out now.