David Essex: I'm there for my fans 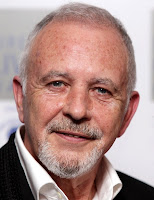 David Essex has admitted his fans are delighted to see him on EastEnders - but insists he wants his character Eddie Moon to be very different to himself.

The singer and veteran heartthrob has delighted his groupies - including some female members of the cast - by joining the show as Alfie's uncle, but is determined to show off his acting skills.

David told Inside Soap magazine: "It's important to me that Eddie is a character and not David Essex. Because of my track record it might be difficult for some people to differentiate the two, and that's going to be a challenge.

"But my fans are thrilled I've joined EastEnders - it means that they get to see me on the telly rather than waiting for my next tour!"

While Eddie might be causing a stir in Albert Square, David insists he's not a new soap villain.

He added: "Eddie's a strong character. He's a former boxer but I don't think he's a bad guy."

Eddie is the first in a new batch of Moons due on the square in what could prove to be an exciting time for the soap.

ellae793 said…
I am pretty sure i no what the big secret is thanks to the Eastenders official website on Eddie moons profile there is a character without a profile i can not find any info on her she is called Francesca Moon you is stated to be his daughter.I think there is a Danielle story line for the moons coming up
Friday, 03 June, 2011