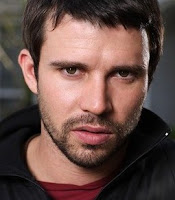 Neil McDermott, better known to EastEnders' fans as unlucky-in-love Ryan Malloy, is set to leave the soap after filming a series of dramatic scenes with returning star Jody Latham.

She managed to escape his clutches back then, but refused to give up his whereabouts to Ryan - so when the pair finally run into each other, we can expect fireworks.

The pair have a tense confrontation in Southend, which come to a head as the pair face-off at the seaside resort's pier, in scenes viewers will be able to catch later this year.

Bosses are keeping quiet about whether either of the pair survive the explosive showdown, so it remains to be seen if the door will close on Southport-born Neil returning to the Square further down the line.

The 30-year-old actor, who has also appeared in The Royal and Doctor Who, departs the Square after two years on the show.