Ben Mitchell to come out as gay 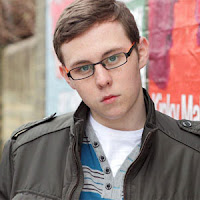 EastEnders tough guy Phil Mitchell will learn his son is gay after the teenager is spotted in a clinch with another boy.

Viewers will see Ben Mitchell, played by Joshua Pascoe, kissing the show's Duncan, although it will be many months before Phil finds out.

Ben whose screen mother was Kathy Mitchell has little in common with his hardman dad, played by Steve McFadden, and has struggled with his sexuality.

Fans of the Walford soap have already seen the teen has a love of musicals and dancing, unlike his dad.

Ben's kiss will lead to a tense plotline which will engulf many of Albert Square's leading characters.

The liaison is seen by shopkeeper Patrick Trueman, causing Ben to worry that his secret will get out.

As the youth tries to put pressure on him to keep quiet, worried Patrick calls the police, which infuriates Phil, drawing in the rest of his clan and other Walford regulars.

An EastEnders source said: "It all has massive repercussions. Ben is nothing like Phil and never has been. Ever since he returned it has been clear he wasn't the son Phil expected.