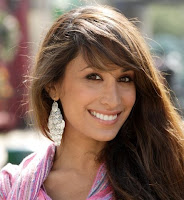 The BBC has confirmed that Preeya Kalidas is returning to its popular soap 'EastEnders' to reprise her role as Amira Shah.

The actress/singer left the show in April 2010 to concentrate on her music career. She left as part of a huge storyline when her husband Syed Masood's gay affair was exposed with Christian Clarke. Amira departed Albert Square without revealing her pregnancy to Syed.

Preeya announced the news of her return via Twitter. She said, "To all the fans that ask me everyday.. This is for you.... She's coming back! AMIRA RETURNS!! (sic)"

The Mirror reports, "Amira left Walford a heartbroken woman. When she finds out Syed is planning to marry Christian she is furious. Amira is manipulative and her presence looks set to turn the lives of the Masoods upside down."

Preeya Is expected to begin shooting for her return in the coming weeks. Viewers will see her on screen in October.

Preeya was dropped by her record label after her single 'Shimmy' entered the charts at a disappointing number 85 in the UK charts.
Email Post
Labels: Amira Christian Syed Masood