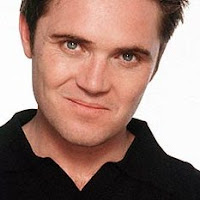 Former EastEnders star Alex Ferns has said he is still haunted by Trevor Morgan, the psychopathic wife-beater he played in the soap.

The 42-year-old who is currently starring alongside Samantha Womack in the London production of South Pacific told Inside Soap magazine that people still think of him as Little Mo's evil husband, even though the character was killed off in 2002.

"I'd never say never to doing another soap later on," Alex said. But I don't know if it'll ever happen - it's quite difficult because I'm still very much associated with Trevor."

The Scottish-born actor added that his character in South Pacific could not be further removed from his Albert Square alter ego.

"In real life I'm very chilled out - so playing psychos and insane people is a real departure from that," he said.

And he also confessed he has never seen Samantha as Ronnie Branning in EastEnders, as he stopped watching the soap.

"I must admit I don't watch any of the soaps any more so I've never actually seen Sam as Ronnie," Alex admitted. "But I gather she did a really brilliant job.

"She's great to perform with - she's full of energy and lots of fun. We actually worked together on the musical Guys And Dolls before she was in EastEnders."
Email Post
Labels: Trevor Morgan