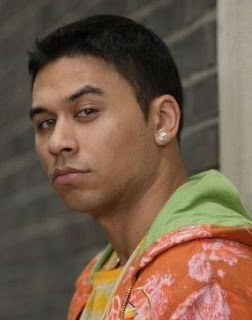 EastEnders star Ricky Norwood has hailed the 'amazing turnaround' viewers have made for his character Fat Boy.

The actor, who won Best Newcomer at the 2011 National TV Awards, told whatsontv.co.uk: "It's been an amazing turnaround. When I first came in people used to say to me 'I don't like, I don't like you on my screen!' But now people say to me, 'You know what, when I first saw you I didn't like you, but now I love Fat Boy'.

His character is a classic unlucky-in-love soul, but Ricky hopes this is going to change. "It'd be lovely if a girl came along and was there for him. Fat Boy's the one who will always run to someone's rescue, so it'd be nice for someone to run to his rescue one day..."
Email Post
Labels: Fatboy

Dee said…
Aww, Fat Boy is my favourite character. He's such a nice guy - it annoys me how he always gets shafted when it comes to girlfriends.
Friday, 27 January, 2012