Ben breaks down at Heather's funeral 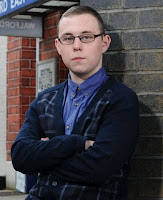 EastEnders murderer Ben Mitchell almost gives himself away when he breaks down in the middle of Heather Trott's funeral.

Ben, played by Joshua Pascoe, accidentally killed Heather when he hit her on the head during an argument and was helped to hide his crime by dad Phil Mitchell and friend Jay, who witnessed the crime.

At Heather's funeral, Jay and Ben are asked to do a reading, but Ben breaks down and starts apologising to the congregation, panicking Jay that he is about to confess.

But Ben manages to pull himself together and runs to Heather's best friend Shirley, sobbing in her arms and saying sorry for messing up his reading.

The emotional scenes for Heather's farewell, which see the quirky character buried in a bright pink coffin, will air on BBC1 next week. 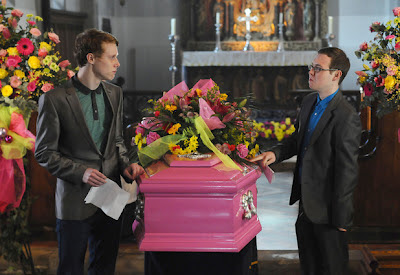 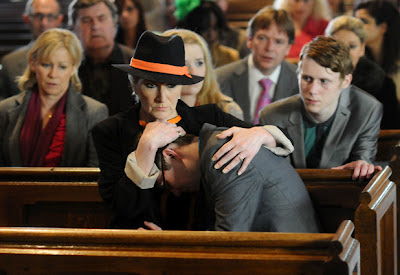