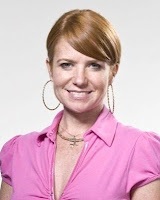 Eastenders actress Patsy Palmer has explained her decision to take a break from the show.

Earlier this week, it was announced that Palmer is departing the hit TV show for six months, to spend more time with her four children.

Palmer, who plays Bianca Butcher on the show, spoke about her decision for the first time in a recent interview with The Sun's TV Buzz magazine.

She said: "I'm only taking time off now because this is when the kids' holidays are. When I re-signed my contract I said, 'I love EastEnders, but I love my kids more'.

"Listen, I can imagine staying in the show till I'm in my 60s, but it's a full-on job. If they hadn't been prepared to give me time off, I'd have had to choose the kids."

When asked about her final scenes she added: "It's a horrible final day for her. Bianca leaves the house and says she'll be back in a minute, then bumps into everyone - Tyler, Derek, Dot, Janine - and every person she meets gives her more and more to think about. She's in a daze by the end - she's delirious, like she's on drugs.

"What's happening to Bianca is similar to what a lot of people are dealing with. It makes me really grateful I can afford to feed my kids."