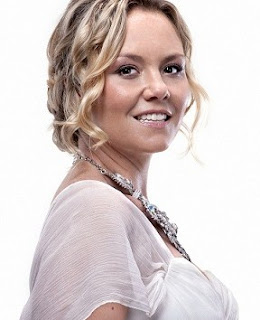 The 31-year-old actress is mother to seven-year-old Kiki - but told Inside Soap magazine that acting pregnant on the show made her think about adding to her family.

"Wearing the fake baby bump was a pain at times, but it made me broody," Charlie said.

"I've found myself fondling the bump going, 'Ah, I really could do this all over again!"

The actress added that acting out the premature birth of Janine's baby daughter Scarlett had been "extremely emotional" - with her and screen husband Michael Moon facing an anxious wait to see if she will survive.

"I don't know how she would react if anything happened to her child," Charlie admitted, adding that the situation could even have a profound effect on Janine.

"People respond to things differently. I would think that something like that would change a person for life - but you never know with Janine!"
Email Post
Labels: Janine Michael Moon Scarlett Patricia Moon

gynecologist tucson az said…
I understand what you feel but you have to understand your wife too.
Friday, 29 June, 2012