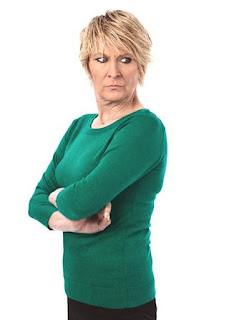 The bolshy blonde played by Linda Henry decides to pop the question to her on/off boyfriend after discovering the picture frame Phil's son Ben used to kill Shirley's best friend Heather Trott.
Ben killed Heather in a fit of rage after hitting her with the photo frame and his dad covered up for him.

He thought he had managed to get rid of all the evidence but when Shirley stumbles across the frame at a local charity shop, he starts to panic as she takes it straight to the police.

In the coming months Shirley will stumble across more clues about her friend's death and she will piece it all together.

However, in a shock twist she will ask Phil to marry her as she thinks it will help unmask Heather's killer.

A source told the Daily Star newspaper: ''Maybe she thinks keeping him close will put her in the perfect position to spy on him and Ben.

''She's not going to give up until she's brought Heather's killer to justice.''

A spokesman for the BBC One soap said: ''We never comment on future storylines as we don't want to spoil the surprise for viewers.''
Email Post
Labels: Ben Heather Trott Phil Mitchell Shirley

Anonymous said…
Then who leaks information then, like that Ben Mitchell is leaving EE this Summer, takes away the interest when you can piece together the conclusion.
Monday, 09 July, 2012