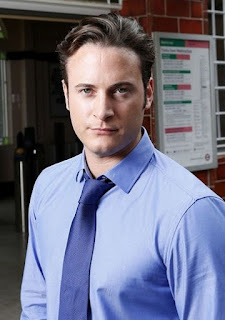 Former Footballers' Wives star Gary Lucy is set to appear in Eastenders in a guest role.

The actor will play the character of 28-year-old Danny Pennant, a mischievous city banker who has been tipped to turn heads in Walford.

It is not known which characters Danny will be interacting with, with soap bosses teasing that he "oozes sex appeal" and has a "compelling charisma".

An Eastenders statement said: "With his irresistible charm and luring persona, Danny is desired and envied by both men and women - girls want to be seen with him and boys want to be him.

"He will inevitably create controversial encounters and his provocative and lustful nature is bound to land him in trouble."