Perry Fenwick: Billy wants to leave past behind 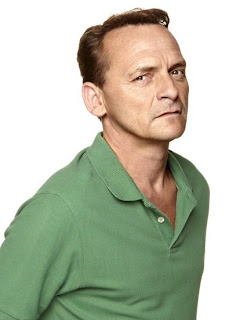 EastEnders star Perry Fenwick has said that his soap alter ego Billy Mitchell wants to leave his troubled past behind now he has a great-grandchild.

Perry has played the character for 14 years and during that time has been involved in scrapes including drug dealing and robbery but he said he is keen to turn over a new leaf now he has granddaughter Lola and her baby Lexi to care for.

"For years he wanted to be like Grant and Phil," Perry said,

"but he's always been the black sheep of the family, or the runt of the litter... I don't think he's as bothered about that any more.

"When Billy was with Honey and his kids he'd do anything for him, and that was why she left him, because he started thieving and lying, but as a means to an end.

"That's when his back's against the wall - if anyone threatens him or his family, that's when his Mitchell instincts come out," he added.

He's just trying to toe the line all the time now but there'll always be temptation because he's always skint!"

However the actor revealed that Billy was set to clash with the Mitchells before the end of the year.

"I think what you will see in the coming months is there'll be a few confrontations - Mitchell-wise," he hinted. "There's a lot to come out with all of that and so it should be interesting around Christmas."
Email Post
Labels: Billy Grant Lexi Lola Pearce Phil Mitchell