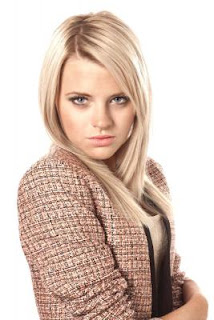 Eastenders star Hetti Bywater will be awarded the Best Newcomer prize at The Inside Soap Awards, it has been reported.

The actress took over the role of Lucy Beale in January after producers decided to recast the character.

Coronation Street actress Natalie Gumede, Emmerdale's Gemma Oaten and Hollyoaks actor Steven Roberts were also in the running for the Best Newcomer Award, which was voted for by readers of Inside Soap.

17-year-old Bywater is said to be "thrilled" with her win. A source told The Daily Star: "Hetti was so excited when she was nominated, so to have won has left her totally thrilled. She's worked hard over the last few months and has been involved in a number of very emotional and gripping storylines.

"It's never easy replacing another actor in a role but she's made it her own and really deserves the recognition. She's a sweet girl and everyone is really happy for her.

"This was a really tough category for her to win, especially given that it was Corrie's Natalie Gumede who won it at the British Soap Awards. I think a lot of people were expecting her to win it again. But this time it was Hetti and EastEnders' time."
Email Post
Labels: Lucy

Anonymous said…
This child is extremely anorexic. The producers should demand she seek medical help before renewing her contract....IMO.
Thursday, 27 September, 2012

Anonymous said…
She's almost painful to watch on screen, hunches her shoulders like she's always feeling the cold; hope there was a Sonic SuperSONIC Bacon Double Cheeseburger with Mayo voucher tucked inside her Insider goody bag.