Sharon Rickman Is a Drug Addict 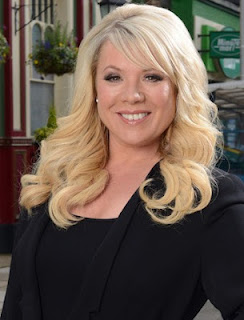 EastEnders' Sharon Rickman is suffering with a drug problem.

Sharon returned to the BBC show at the beginning of August seeking Phil Mitchell's help after fleeing from her wedding to John.

After John shouted at his ex-fiance, "Does he know your little secret?", viewers were left pondering what she was hiding and this week finally see's Sharon visiting an Addicts Anonymous meeting, where she confesses her addiction to painkillers.

An source told InsideSoap magazine: "Don't forget that when Sharon fled the Square six years ago, she was in a terrible, terrible state.

"She was a broken woman following the brutal murder of her husband, Dennis, and was left to raise their son single-handedly for the most part.

"Those traumas alone could well have brought on Sharon's drug problem."

It is unknown how long her addiction has been going on for and her confession comes at the same time that Phil played Steve McFadden announces that he's taken over the Queen Vic again, inviting Sharon to move back in to her old home and run the bar.

The source added: "Sharon has little Dennis to think of, and he'll always come first in her life. 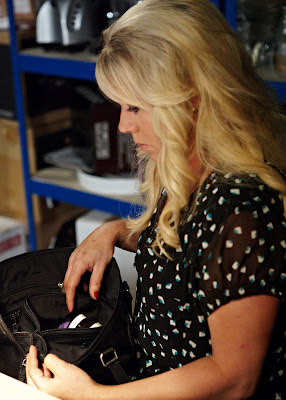