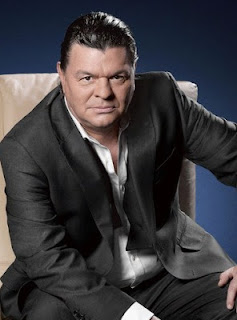 EastEnders will be mourning the loss of Derek Branning this Christmas, it has been confirmed.

The Walford hardman, played by Jamie Foreman, is set to be killed off in a series of 'explosive storylines'.

Preview pictures shown on the BBC soap's website show Derek's son Joey breaking down at the funeral as sister Alice comforts him, while another image shows Bianca Jackson, her son Liam, Carol Jackson and Jack Branning paying their respects as the hearse drives past.

Details about how Derek will meet his end are being kept under wraps by EastEnders' bosses, although an insider told the Daily Star: "Derek's death will have far-reaching repercussions in Walford."

Since arriving on Albert Square in November 2011, Derek has established himself as quite an intimidating figure.

The Walford villain's dastardly deeds include stealing from Lucy Beale, running both David Wicks and Anthony Moon off the square, revealing the truth behind Dennis Rickman's murder to his young son, Denny, and generally making his family's lives a nightmare. 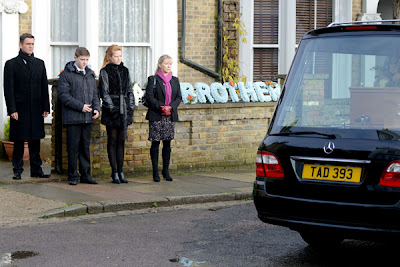 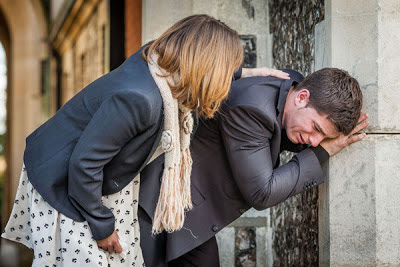 Anonymous said…
YEs..time for him to go. His character is long past it's sell by date IMO.
Saturday, 10 November, 2012