EastEnders gets new "force of nature" 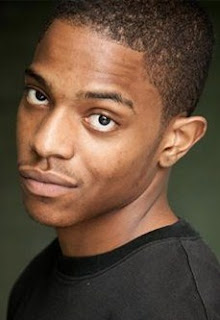 Actor Khali Best has joined EastEnders, playing the son of one of the soap's characters.

Ava is the long-lost daughter of Cora Cross and makes her debut in EastEnders on November 20.

EastEnders' Executive Producer Lorraine Newman said: "Dexter is a force of nature: cheeky, forthright, confident but highly protective of his mum and vice versa. He'll work at the Arches and be a great mate for Jay and Lola. I am sure he'll be hugely popular with the audience."

Best said of his casting:

"Working with such great actors so early in my career is an amazing opportunity. I am really excited to see what the writers have in store."
Email Post
Labels: Ava Cora Cross Dexter

Anonymous said…
oboy..another mouthpiece joins the show..like they don't have enough already. Send Cora packing..she's just too annoying. They should have kept Derrick and got rid of Joey..waste of time watching any scenes he's in.
Kim ... another pain in the ass..why is she still on this show..her and fatboy should hit the road..and AJ..what an annoying character. Zainab too..the mouth that won't quit.
Sunday, 11 November, 2012

Anonymous said…
To the person that wrote the above comment it Sounds to me like you don't like any of the people in the show so why do you bother watching at all
Tuesday, 13 November, 2012

Anonymous said…
because it's a free country..duhhh
Saturday, 17 November, 2012

Unknown said…
I absolutely love him he is so hott xx
Friday, 11 January, 2013