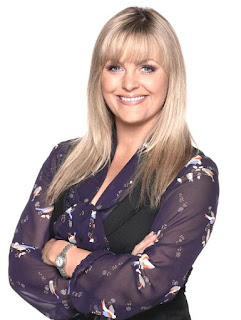 EastEnders star Jo Joyner has revealed that she would like to head to an exotic location for a soap spin-off.

The actress, who plays Tanya on the BBC soap, would like writers to send the girls, especially herself and co-star Letitia Dean (who portrays Sharon) on a girly holiday.

"Oh, I love working with Tish! It's nice to not always be with men in scenes," she told Inside Soap.

"I would quite like EastEnders to do a spin-off trip for Tanya and Sharon to Las Vegas or something like that. I've been here in Albert Square for seven years now, and the furthest I've gone is the Walford divorce courts."

Jo admitted that the cast have piled on the pounds while shooting the soap's Christmas scenes.

"We all put on about half a stone filming an EastEnders Christmas!" she joked.

"There are loads of things like chocolates and sweets and by the end of each day, they're all gone. Then there's Christmas dinner of course. On the first take, it's lovely. But after that, it can be really cold and hard."

She added: "Those of us who've been there a bit longer know not to take a single bite until you have the camera fixed on you."
Email Post
Labels: Sharon Tanya

Anonymous said…
she and sharon could meet up with leanne and nick in 'sin city', now that'd be cool...
Friday, 28 December, 2012

Anonymous said…
Or visit Michelle Fowler- supposedly Sharon's longtime "best friend" since her teenaged years who has been living in Florida for YEARS with her daughter Vicki (with Sharon's adopted father Dirty Den Watts) and her NEVER MENTIONED son with Grant Mitchell , Mark!! (Named after her dead brother, Mark Fowler)
Monday, 31 December, 2012

Anonymous said…
You really have to look to find any reference to Michelle's baby, Mark!
The only source I could find, didn't even give him a name.
But who knows?
He might be brought over to Walford, if the Mitchell clan needs new blood.
Wednesday, 02 January, 2013

Anonymous said…
This comment has been removed by a blog administrator.
Thursday, 13 March, 2014