Wood: More drama ahead for Max 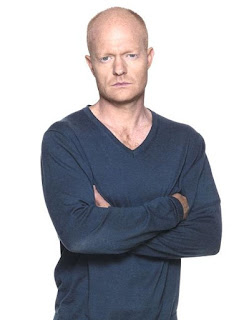 EastEnders star Jake Wood has teased that 2013 won't be a quiet year for his character Max Branning.

Max's big secret is set to be revealed on Christmas Day as he prepares to marry ex-wife Tanya  for the second time on the BBC soap.

The 40-year-old actor, who has portrayed Max for over six years, said: "He's not going to get a quiet life, we know that. There's more drama ahead for Max, a lot more drama."

But Jake prefers the thrills, saying: "It's incredibly exciting to be at the centre of the big episodes."

He admitted that this storyline is one of his favourite plots.

"This has got to be up there, and also the Stacey affair. I loved working with Lacey Turner - she's an incredible actress and that was well mapped out too."
Email Post
Labels: Max Stacey Tanya