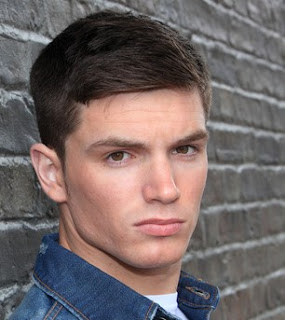 David Witts won best newcomer at the National TV Awards and said the whole experience of playing Joey Branning had been 'mad.

David told whatsontv.co.uk on the NTAs' red carpet: "It's been mad. Generally feedback has been lovely. We often get lovely people coming up to us in the street and saying such nice things, which I'm really grateful for, but the whole experience has been mad! "Just from going from where no one would bat an eyelid at you, then suddenly you become very self-conscious and it can be a bit uncomfortable sometimes, but it's an awful lot of fun."
Email Post
Labels: Joey Branning