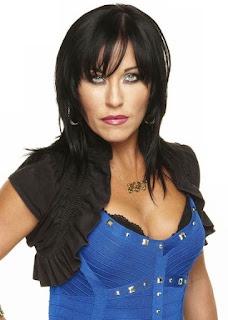 EastEnders Kat Moon will reportedly send sparks flying when she moves in with Michael Moon.

Kat, played by Jessie Wallace, and Michael, played by Steve John Shepherd, have never been a proper couple, but Michael is the biological father of Kat's son Tommy from a previous fling.

According to the Daily Star, single parents Kat and Michael are to grow closer and end up moving in together.

But the move will leave Kat's husband Alfie Moon even more heartbroken. They split up after he discovered Kat had been having an affair with bad boy Derek Branning. Although he has apparently moved on with Roxy Mitchell, he is hurt when Kat moves in with his cousin Michael, Tommy's real dad.

And things get even more explosive when Michael's wife Janine returns to Albert Square next month.

Soap villain Janine, played I'm A Celebrity... Get Me Out Of Here! winner Charlie Brooks, left Michael with their daughter Scarlett after deciding they were better off without her. But she is furious to return and find Kat living with her husband and daughter.
Email Post
Labels: Alfie Moon Janine Kat Slater Michael Moon

Anonymous said…
What does Janine expect? She was the one who left Michael and Scarlett
Friday, 08 February, 2013