Max to get passionate with Kirsty 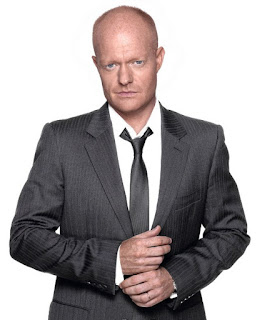 EastEnders' Max Branning is set for a passionate embrace with estranged wife Kirsty in the soap's latest twist.

The Albert Square resident's secret marriage was revealed on Christmas Day - just as he was due to tie the knot with his ex Tanya.

In scenes set to screen on Friday, Kirsty spots Max in the Square and asks to speak to him alone. But when Max tells her he wants her to leave Walford and him for ever, Kirsty is livid and lets him know what she thinks of him.

A show insider revealed: "As he offers Kirsty the money for her train fare, it is clear there is still a spark between the two and they end up sharing a passionate kiss.

"Max thinks his problem has now gone away and goes home to tell Tanya, but little does he know, Kirsty hasn't gone far."

Meanwhile, EastEnders' executive producer Lorraine Newman has said Kirsty isn't going to give up Max to Tanya without a fight.

She told the EastEnders website: "Kirsty's tenacious, she's not going to let him go... It's not going to be a small fight. Let's just say - there's a lot of hair there!" 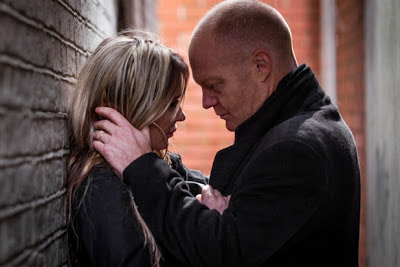 Anonymous said…
The producers might have picked someone a bit more attractive to go up against Tanya's character. She's a total stunner while Kirsty really looks old enough to be her mother..all ratty hair and the unilip..ugh. Can you put any more makeup on? Not buying into this attempt at a storyline but I suppose they had to come up with something because Tanya's character is bogging off for awhile.
Saturday, 05 January, 2013

Anonymous said…
....everyone likes a bit of rough...Max most certainly included.
Sunday, 06 January, 2013

Anonymous said…
....everyone likes a bit of rough...Max most certainly included.
Sunday, 06 January, 2013