Danielle Harold: I could have ended up like Lola 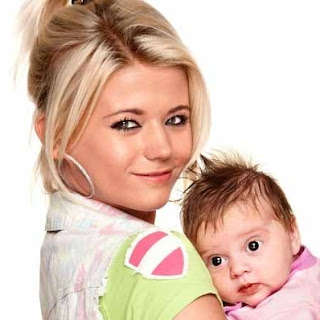 EastEnders star Danielle Harold has admitted that she could have ended up like her character, Lola Pearce.

The 20-year-old actress explained that growing up in a tough neighbourhood in south-east London meant she saw many of her close friends going down the wrong road.

Speaking to the Sunday Mirror, Danielle said: "I didn't do well at school. I used to bunk off lessons a lot. I wouldn't cause trouble but I had a lot of Lola's attitude.

"A lot of the girls had babies at my school and that was one route I could have gone down but that wasn't for me.

"I didn't grow up in a great area - it was a tough place to live at times. A local boy who lived a few streets away from me was out one night and ran into the wrong crowd. He was stabbed and died.

"That was a massive eye-opener for me, I was only 16 but it made me realise that there are dangers out there. It made me grow up a lot and I learnt how to be street wise which helped me so much with Lola.

"Luckily I had great parents and they were able to guide me, which is something Lola has never had."

Speaking about her time on Jamie's Dream School, she added: "Jamie Oliver was a complete life-changer for me. I was so lucky to have got on that programme.

"It made me believe in myself and made me realise I could achieve whatever I wanted in life. You just need a little bit of encouragement sometimes and someone that believes in you.

"But some young people like Lola don't have that support or encouragement."

Anonymous said…
Lola should have lexi shes a good mum dont know why it has dragged on so lomg
Saturday, 23 February, 2013