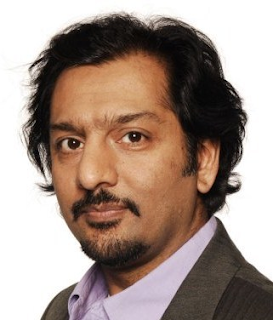 Nitin Ganatra has suggested his character Masood Ahmed will be "put on the spot" as he teased viewers about the return of Ayesha Rana later this month.

Although the star refused to give details on how his character will handle the lastest advances, he left fans to speculate on where the storyline may go, particularly now Masood's long term partner Zainab has left the show.

Speaking on 'This Morning' (08.03.13), Nita said "I think (Ayesha) will return and put Masood on the spot again. She may even offer herself up again. What's a man to do?

Nitin and Nina have played a married couple on the soap for 5 years, and he admitted it was 'very emotional' filming their scenes together.

He added "It was very emotional doing those, Nina and I have known each other for a very, very long time"

"We've been playing husband and wife for 5 years and we have really good rapport". 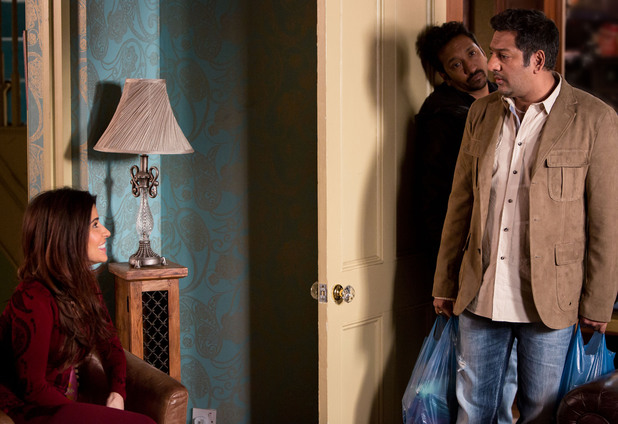 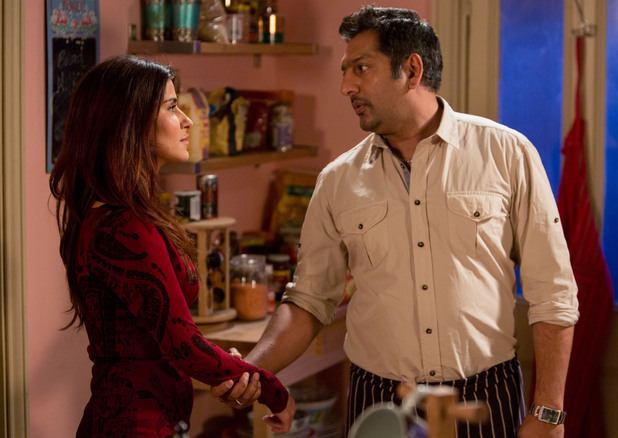 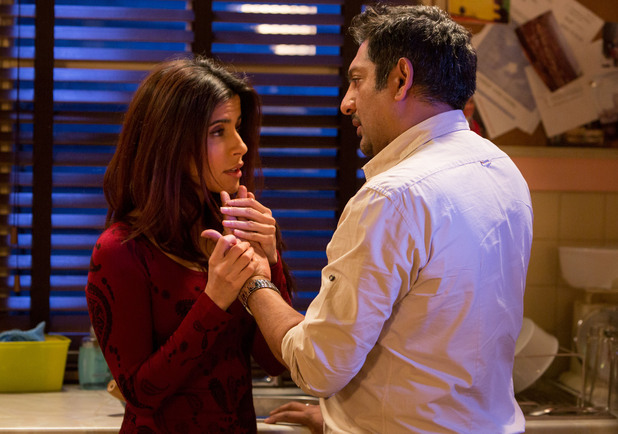 Anonymous said…
I really enjoyed watching the episode where Zainab leaves.
You can tell the actors have enjoyed a close working relationship for the past five years.
I felt both portrayed a depth of realism in every scene; I can't think how their acting could have been any better.
I would like to see Ayesha return; Masood deserves happiness in a relationship, and he was faithful to Zainab right to the end.

Anonymous said…
I think Ayesha is mysterious and sexy, and it would be good to see her be herself with Z gone.
Roxy is Boring though; bad as she was when she had her sista Ronnie to bounce off, she's totally forgettable now.
Tuesday, 12 February, 2013