Pictures: Kat gets claws out for Roxy

EastEnders love rivals Kat Moon and Roxy Mitchell are set to sharpen their claws for a bust-up.

Sparks fly between the pair when Kat arrives to collect her son Tommy from Alfie at the Queen Vic pub.

Tensions have been running high between Kat and Alfie ever since he broke the news that he wanted a divorce, and Kat tries to be civil for their son's sake, until Alfie's new girlfriend Roxy decides to get involved.

"The two women soon start arguing but Kat loses her temper and slaps Roxy. Roxy lets it go but when Kat does it a second time, the claws come out and the women begin to fight..." a spokesperson for the soap said. 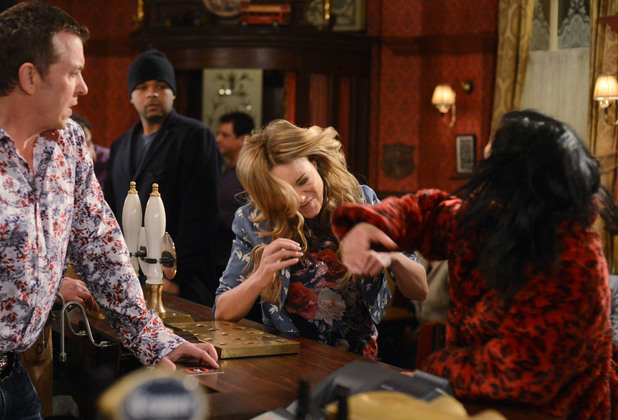 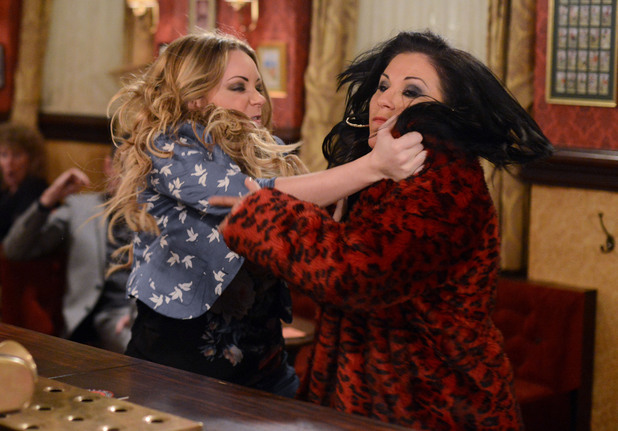 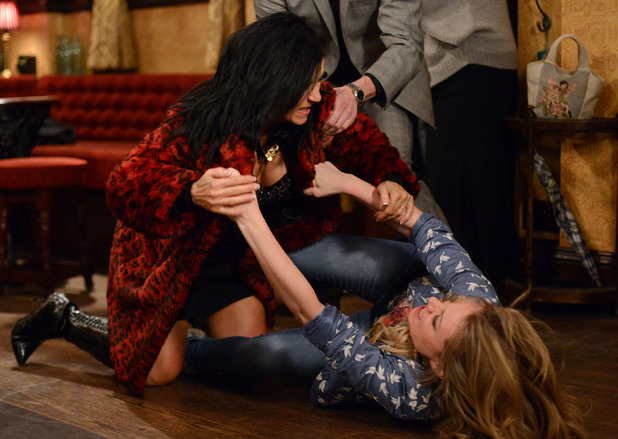 Anonymous said…
Now that's what I call a proper eastend 'kat' fight, inside a pub, where else?
Was getting more than fed up with Kat's behaviour, but Roxy, you and Alfie are just coasting, let's see Kat show Alfie she's moved on and then get them back together.
Sunday, 17 February, 2013

Anonymous said…
Go Kat. Roxy is a pathetic home wrecking leach and needs putting on her place! And for Alfie to call Kat a bad mother after shacking up with the most neglectful selfish mum on the square is ridiculous! Alfie needs to wake up and remember why he fell in love with Kat Slater to begin with!!
Tuesday, 19 February, 2013