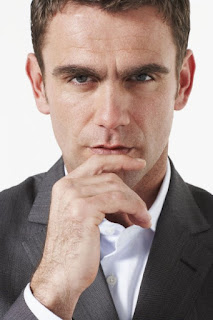 EastEnders star Scott Maslen has announced that he is leaving the BBC1 soap later this year at the end of his current contract.

The actor, who has played Jack Branning since 2007, said today: “I've loved playing Jack and who wouldn't want to work on one of the most successful British TV series, but I've been offered many other roles and have just not been able to explore them in the past, simply because of time and commitments to EastEnders, and so now it feels like the time to tread a new path for a while. I've played Jack for five-and-a-half years and had some fantastic storylines, but it’s now time to have a break from him and try something different.

“I'm incredibly attached to Jack, his family and EastEnders, but as an actor I'd like to take on some new challenges for a bit. EastEnders is just incredible, it’s phenomenally rewarding and I love working here but now it's time to move on to pastures new.”

Lorraine Newman, executive producer, added: “Since October 2007, Scott Maslen has brought the wonderful Jack Branning to life on our screens. From Scott’s heart-wrenching portrayal of a grieving father, to Jack’s determination in the coming week to take on Phil Mitchell, the variety in Scott’s material shows his fabulous range as an actor. Scott will remain on your screens until late in the year and there is plenty more drama to be played out before his departure.”

One of Jack’s most notable storylines involved his discovery in 2011 that then wife Ronnie had swapped their baby with Kat’s following the cot death of their son James. This week finds Jack at the forefront of the drama once more when he knocks love rival Phil Mitchell unconscious during an altercation at the Arches. The pair are currently at loggerheads over the affections of Sharon Rickman.