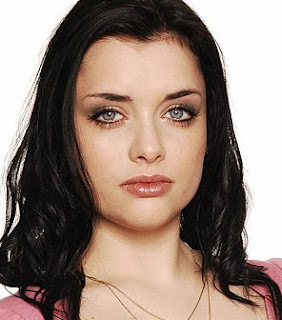 Shona McGarty wants her character to have a ''big fat gypsy weddding''.

The actress hopes her onscreen alter-ego, Whitney Dean gets to have a crazy, garish wedding complete with bright pink bridesmaid dresses.

Shona told Inside Soap Magazine: '' I've warned the make up and costume teams that i want Whitney to have big fat gypsy wedding. I'm Irish so i've got the contacts. I'll ring Thelma Madine, who does all those amazing frocks and say, 'i need a dress!'

However, the actress warns that Carol and Bianca, won't be excited about her impending nuptrials.

The Jackson matriarchs are set to row with Whitney, insisting she's too young to get married and there are hurt feeling in store when they boycott her engagment party.

Shona said: " Bianca doesn't ever really think before she speaks. Whitney was brought up by Bianca, so she knows she's only ever trying to do good things for her, even if it's doesn't turn out that way.''
Email Post
Labels: Bianca Carol Jackson Tyler Moon Whitney

Anonymous said…
Not such a stetch for this to happen; can see Whitney having an Irish Traveller wedding; day-glo pink and diamante sequins, both she and Tiffany would love it for sure.

Anonymous said…
I would love that!
I keep thinking it would be so amazingly dramatic if tony king came back on the wedding day but going by easrendets recent duller storylines I doubt it.
Shona is an amazing actress and she should be getting better storylines than she is, the writers are wasting her talent.
Monday, 04 February, 2013