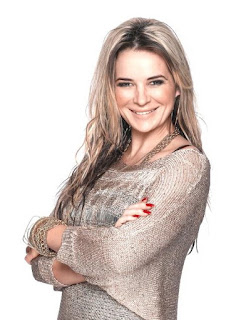 There's a huge shock in store for Max in the next couple of weeks when Kirsty announces that they are to become parents.

Reeling with the baby news, Max urges Kirsty to keep her blossoming baby bump a secret while he figures out what he is going to tell his ex-wife Tanya and his two daughters Lauren and Abi.

An EastEnders source revealed: "Kirsty turning up as Max's secret wife at Christmas was one of the biggest shocks we've ever had in Albert Square.

"But even he never dreamed he'd end up having a baby with Kirsty. This is going to throw his life into chaos again. Who knows what will happen when Tanya, Lauren and Abi find out?"

Kirsty has already been pregnant with Max's child once before, but she had a termination when his scheming brother Derek told her that Max didn't want the child.
Email Post
Labels: Abi Branning Kirsty Lauren Max Tanya