The friendship between Masood and Carol will be tested after a shock confession is made.

In scenes set to air in the coming weeks, Carol will admit to Masood that Liam had a part to play in Tamwar’s recent mugging. The admission comes after Carol’s daughter Bianca decides to report Liam to the police after his ties to the vicious Kane and his gang worsen and deepen.

Upon hearing of Liam’s involvement, Masood is shocked and outraged: “You’d better hope the police find him before I do,” he states.

But after Carol reveals the anguish she feels, Masood softens and comforts her. “It’s not your fault,” he says soothingly, now with fresh insight into Carol’s current state of mind. 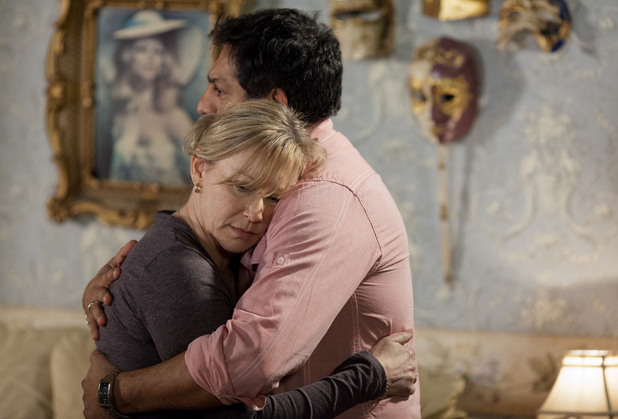