The pair previously came to blows when Jack, played by Scott Maslen, punched Phil after warning him to stay away from his fiancee Sharon Rickman.

The hunky boxing club owner was then locked up in jail before being released.

This time, the duo begin to wind each other up after they find themselves locked in the office at R&R nightclub, when the stag do prank goes wrong. Phil questions Jack about his relationship with Sharon, while relishing his secret kiss with her in his mind.

Their arguing is interrupted by Jack's ringing phone, and when Jack ignores it, Phil tries to grab the phone when he realises it is Jack's estranged wife Ronnie Mitchell.

After the two men fight over the phone, Phil listens to the voicemail and realises that Jack has met up with Ronnie, questioning if he has moved on from his ex and is ready to tie the knot with Sharon.

This episode will be shown Tonight (9 April) on BBC One 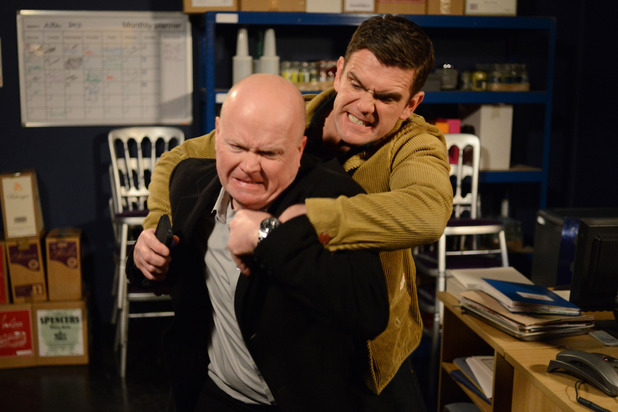 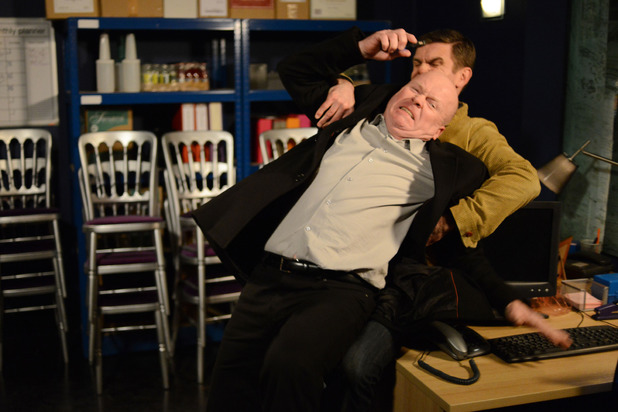