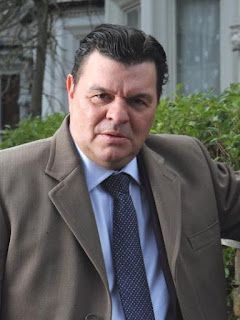 The 54-year-old actor, who is nominated for the Villain of the Year, Best Exit, Best Episode and Best Storyline categories at this year’s Soap Awards, explained that there are certain parts of The Square he would like to leave behind.

Speaking on Daybreak, Jamie said: "People keep saying to me in the street - 'I thought you was dead?' I say, 'No, no, no, he's dead - I'm alive and kicking!' [My time there] was great. I was thrilled to have something really good to get my teeth into."

He added: "I hated the scenes in the Queen Vic, I'm terribly sorry to everybody! I'm sure a lot of the cast will say the same thing - they're so long and laborious. You've got to stand there and wait for somebody over there to stop talking, so you're listening to that conversation, then it cuts to somebody else. You never shoot a scene quickly in there.

"I know Shane [Richie] loves it and thinks it's really his pub, but I just thought, 'Get me out of here!' Because you can't have a drink either and you're so dying to get the flavour."

Speaking about his chances at the Soap Awards, he added: "There's a lot of good people up for these awards. My wife and I keep talking about this. She thinks I should get 'Best Villain', because that's my kind of thing. I don't know - I'll take any one of them, that'd be lovely!"