Danny Pennant makes a splash on his return to EastEnders when Lauren Branning spills a drink all over him at Ian Beale's restaurant opening.

Footballers Wives star Gary Lucy made a guest appearance in the soap last year as wheeler dealer Danny, and returns to Walford next month with Ian hoping he will invest in his latest business venture, so he can buy out Janine Moon.

But Ian's opening night goes from bad to worse.

First when everyone goes outside for the new sign unveiling, Ian is shocked to find Janine has changed the name of the restaurant from Ian Beale @ Le Square to Scarlett's.

Then waitress Lauren Branning who is secretly battling alcoholism turns up to work drunk and spills drinks over potential business partner Danny.

To top it off, Danny says his business is in finding investors for property and that he won't be recommending putting funds into the restaurant to anyone.

The restaurant opening scene airs on BBC One on Friday June 7. 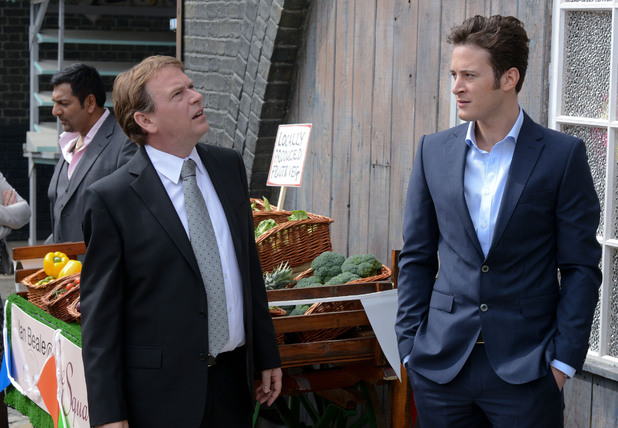 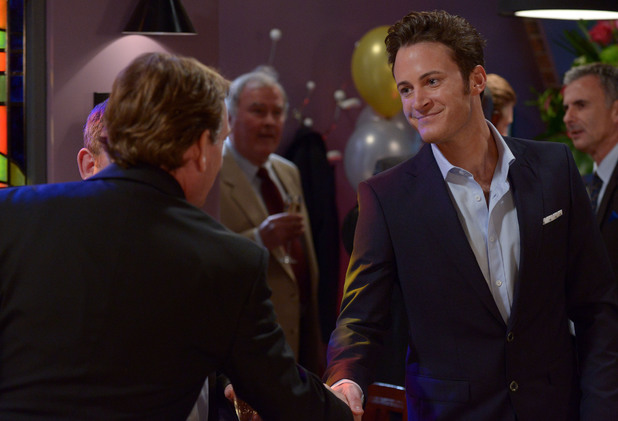 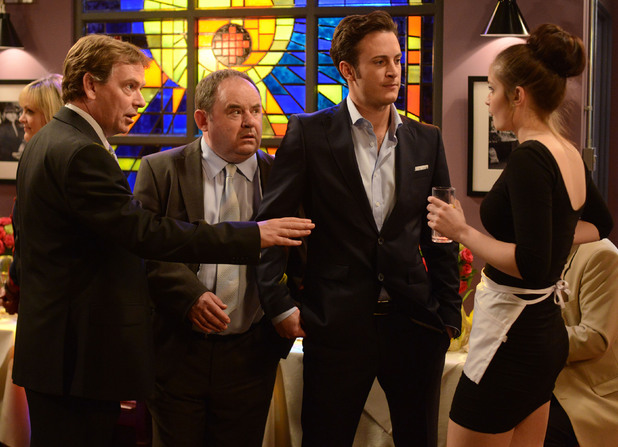