Venn opens up on EastEnders exit 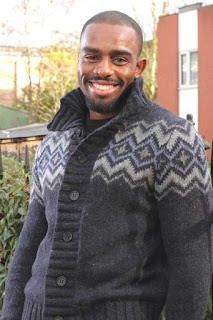 Chucky Venn has opened up on his Eastenders departure, saying that is was a "mutual decision".

The actor, who has played the character of Ray Dixon since early 2012, is due to appear on the soap for the last time this month.

Venn told Overground that he and Eastenders producers agreed that it was time for Ray to leave the BBC show.

He explained: "In some ways, it was a mutual decision.

"Easties thought they couldn't further develop the story of Ray, but equally I felt that I featured on the show for a healthy amount of time and now it's time for me to move on."

Venn is currently running the Manchester-based acting academy, Star Reach Academy, and is working on producing a pilot show.

He said of his work projects: "We'll also be launching the academy in London very soon. Plus I'm in negotiations regarding potential projects in the States, so it's busy times!"

The actor added: "My Easties exit is work I'm proud of. Don't miss my two penultimate episodes in late May and early June."