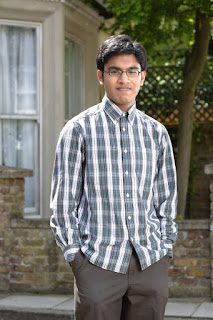 EastEnders resident Tamwar Masood is set to get his own spin-off miniseries.

Tamwar Tales - The Life Of An Assistant Market Inspector will follow the character, played by Himesh Patel, as he goes about his daily life.

In the four weekly short films, viewers will be able to hear for the first time what Tamwar is really thinking as he endures all that life throws at him, including the excuses, teasing and daily hassles from his regular stallholders.

He averts a security incident caused by Kim Fox, encounters his dad Masood Ahmed fly-pitching, Harlem Shakes with Fatboy and then he meets Jean Slater, where things take an unexpected turn.

Himesh said: "It was really fun working on the four shorts. It was like taking a character that we know and putting him in a different genre. Viewers who are a fan of Tamwar will finally get a look inside his head."