EastEnders is set to welcome the next generation of Beales when Cindy Junior arrives on the Square.

Mimi Keene plays Cindy Junior, the daughter that Cindy Beale (Michelle Collins) died giving birth to, and will appear in the BBC soap later in August.

Ian Beale, Denise Fox and Peter Beale return home in good spirits after Ian and Denise have made up following a fight that led her question their relationship.

But when they get back to the house it looks like someone has broken in and as they cautiously enter the living room they're greeted with the sight of Cindy Junior sitting with her feet up in front of the TV, helping herself to snacks.

Cindy has been living with family in Devon and has come to spend the summer in Walford to get to know the rest of her relatives, but little do they know she has no intention of going home to Devon for the start of the new school term.

When Mimi's casting was announced, executive producer Lorraine Newman said: "Mimi is an exciting addition to the show and a great actress as her previous work has shown. Cindy's a minx, creating a great energy within the newly reformed Beale clan. With Peter, Lucy, Bobby and Cindy to contend with, it'll be a lively household. Ian and Denise will certainly have their work cut out." 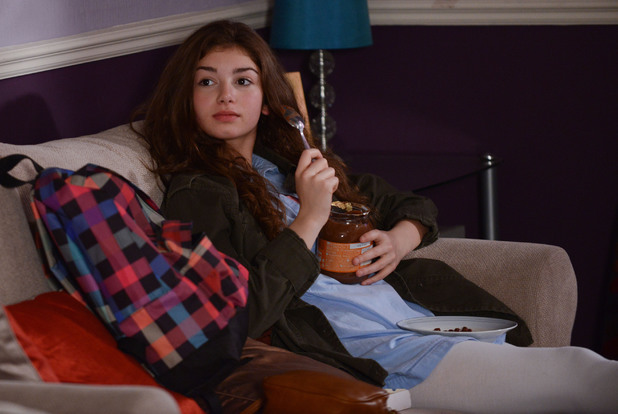 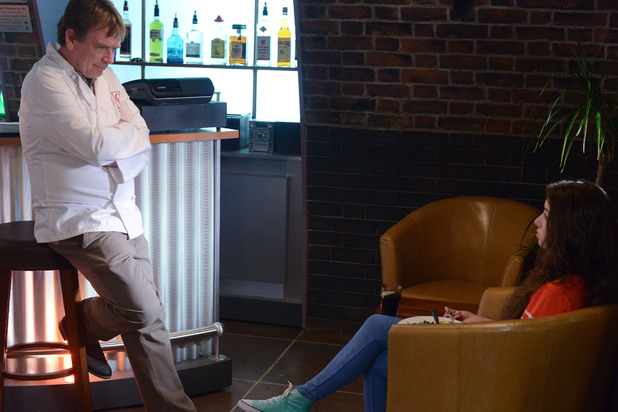 Anonymous said…
What's going on with her and peter?
Thursday, 22 August, 2013