EastEnders teenager Jay Brown's romance with Abi Branning could be headed for the rocks, after he sneaks a kiss with barmaid Kitty.

The kiss happens after Jay drowns his sorrows alone in the Queen Vic pub, after a heated argument with Abi.

He becomes increasingly tipsy with flirtatious barmaid Kitty, portrayed by Chloe-May Cuthill, who had gone on a date with Dexter Hartman earlier in the week.

As Jay gets more drunk, Kitty is taken by surprise when he kisses her - but will Abi or Dexter ever find out?

It has been a tough time for Abi, who will fail to get the grades she needs to do a vet degree at university in episodes airing on August 22 and 23. 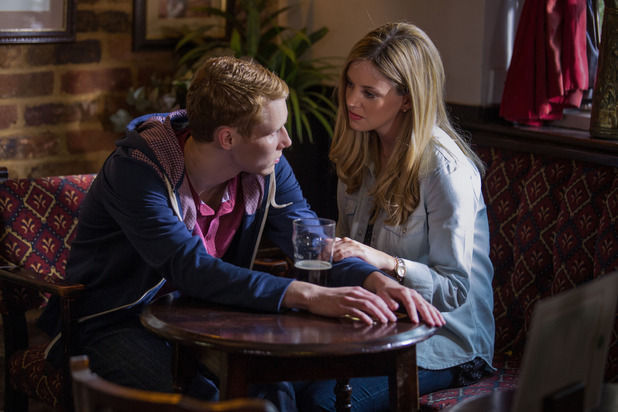 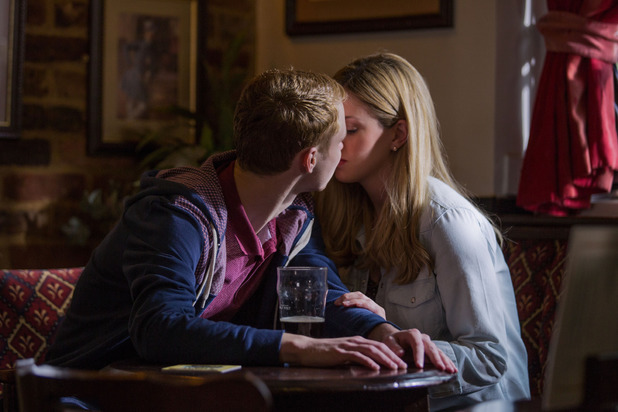