EastEnders' Max Branning is set to fly into a rage when he discovers Walford bad boy Carl White has been sending his alcoholic daughter Lauren bottles of booze.
Max, played by Jake Wood, gets into a confrontation with Carl outside The Vic when he realises who is behind the anonymous alcohol Lauren has been receiving.

The argument kicks off over Max's latest business deal falling through, when he is riled by a smug Carl watching his downfall with delight.

But rather than back off when Max calls him out on his gloating, Carl makes things worse with a snide comment about Lauren's drinking which tips off the angry dad about who is behind the alcohol deliveries.

In front of half of Walford, Max flies at Carl threatening to kill him.

Boozy teen Lauren has been battling alcohol addiction on the BBC soap and even spent a spell in rehab, after which mum Tanya, played by Jo Joyner, exited Albert Square.

Max and Carl have been feuding for weeks over Max's wife Kirsty, who used to date Carl.

But Max's threats could lead to trouble as he is set to be arrested for causing criminal damage with intent to endanger life after Carl and Phil's upcoming crash.

The argument scenes are set to air on Monday, September 2. 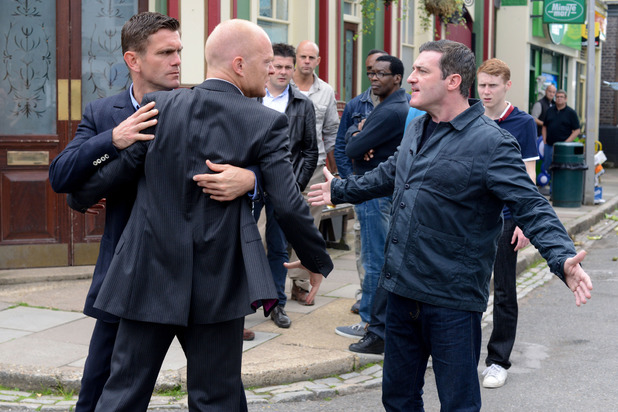 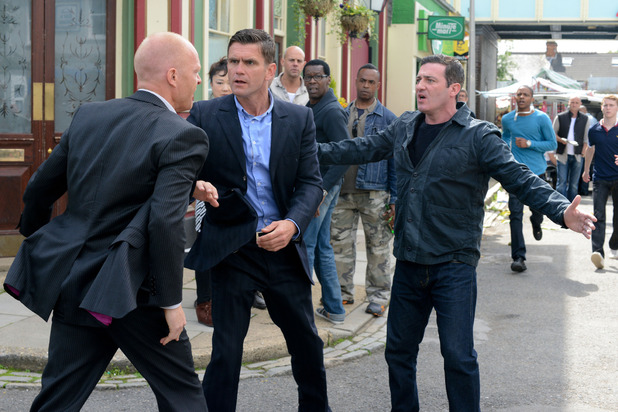 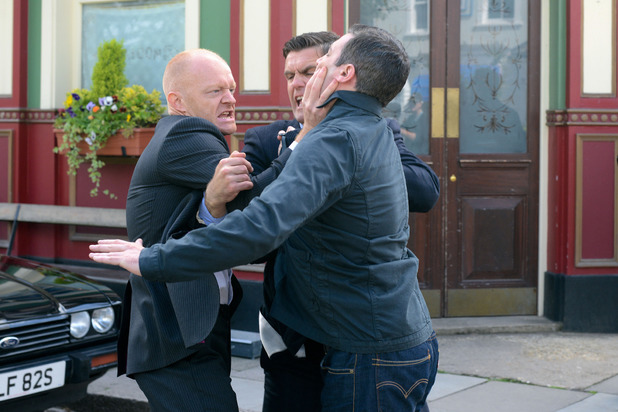