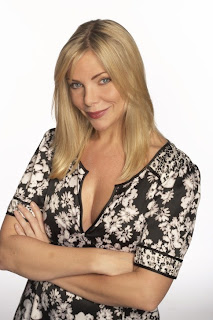 EastEnders star Samantha Womack has described her return to the soap as "unfinished business".

The actress left the show after a storyline which saw her character, Ronnie Mitchell, abducting Kat Slater's baby following the death of her infant son.

She told Hello! magazine: "It was a brilliant plotline but very difficult to play. It was draining emotionally and physically and by the end I was shattered with all the crying and weeping."

Of Ronnie's return, Womack said: "It all started to feel like it was unfinished business. I even got a bit jealous not seeing her on screen. I've really missed the cast too. They're like my extended family so it feels like your first day at school."

She added: "Ronnie was a broken bird at the end, but after serving time in prison she'll be steely and a bit of a matriarch with a lot more power and backbone. She's found her old inner strength. A bit like me."

Womack will be back on screens as Ronnie next month.