EastEnders' Steve McFadden has joked that he's had "a really easy ride" because his latest scenes were shot in a hospital bed.
Veteran bad boy Phil Mitchell is left fighting for his life after he and manipulative Carl White are involved in a high-speed crash with a lorry in upcoming scenes in the BBC soap.

Steve told Digital Spy it was "perfect", adding: "I have had a really easy ride because all my scenes are shot in half a day in the hospital bed. So all my scenes of being in a hospital bed, I've done those episodes."

The actor revealed that the crash takes its toll on Phil, leaving him in a sorry state.

He said: "It weakens him - I think that's where he is now. He's weakened by these events and he's kind of very vulnerable and he's getting older! It's a bit like that Monty Python sketch where the guy is getting all his arms and legs chopped off, he's sort of soldiering on but having to dig deep, really."
Steve said he doesn't have all the details about the dramatic storyline.

"I haven't got the full picture - it's a bit like when we did 'Who shot Phil?' - I am just on the end of the food chain. I know it seems like I'm really intrinsically a part of it, but when it was 'Who shot Phil?' it was like all these people running round hiding in bushes and they were building all this plot up, but I really didn't know anything about it!

"With that story, all I did was open the door and go 'uh', and then suddenly I fell down the stairs, but I did have to lay on the freezing cold floor for hours. So I only really get snapshots of this big stuff".

The crash will air on the BBC One soap on Tuesday September 3. 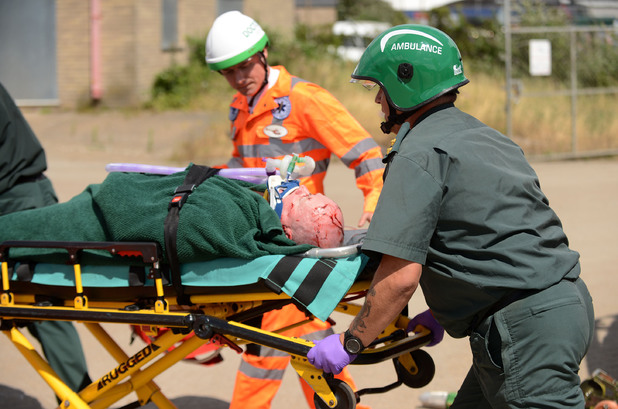 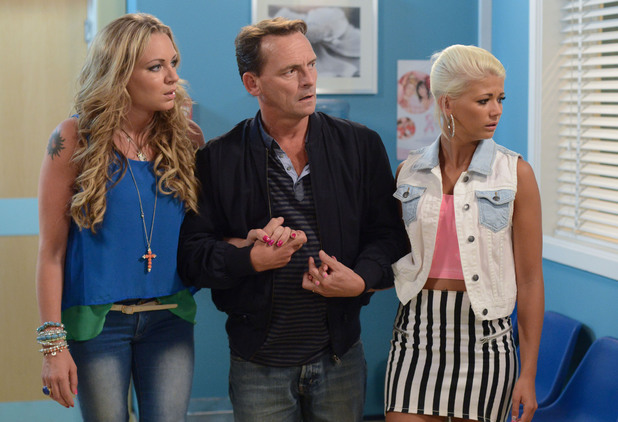 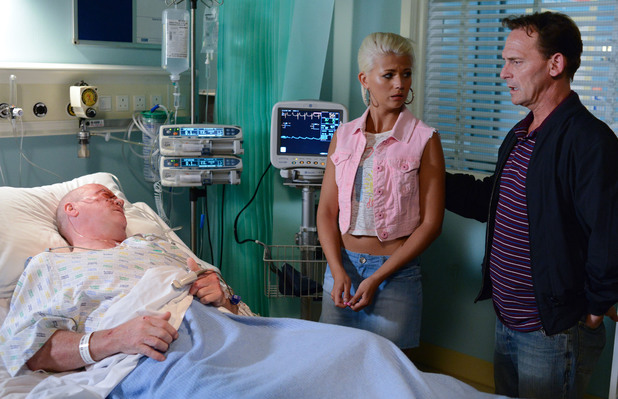