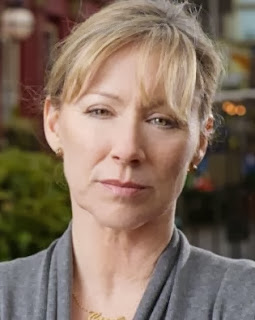 EastEnders' Carol Jackson is to face a breast cancer battle in a hard-hitting and heartbreaking storyline.

The character played by Lindsey Coulson will make a life-changing discovery when she finds a lump in her breast before Christmas and goes for further tests.

It comes just as life in Albert Square appeared to be going well for put-upon Carol, with her love life seeming to be back on track with David Wickes.

Viewers of the Walford soap will see her referred to a specialist for further tests, then face an agonising wait for the results, the impact of which will be explored in the new year as she and her family deal with the implications.

Coulson said: "This is a very important storyline as breast cancer is something that affects so many people. Through Carol's story I hope we can raise awareness of the impact of breast cancer on the people that have it and their families."

The programme's executive producer, Dominic Treadwell-Collins, said: "EastEnders has a long tradition of dealing with social issues and breast cancer is one that the majority of people have been affected by in some way.

"And this is not just a story about breast cancer. This is a story about women, about mothers and daughters, and ultimately about family. And with Lindsey Coulson, Michael French, Patsy Palmer and Natalie Cassidy giving powerhouse performances at its centre, this is a storyline that will inform, move, and shake up the audience as it shakes up the Jackson family."

EastEnders has previously tackled the issue when Peggy Mitchell was diagnosed, leading to a mastectomy operation.

The programme has worked with health professionals and charities such as Macmillan Cancer Support to ensure the subject is tackled accurately and sensitively.

Clinical oncologist Dr Alastair Thomson, who worked with the team, said: "Cancer is such an important and common issue, affecting many lives in the UK. Breast cancer now affects 1 in 8 women in this country. This means there are 50,000 new diagnoses every year.

"The cancer diagnosis hits the patient hard, but also impacts widely on her friends and family. It has been a pleasure to be involved in reviewing the EastEnders storyline for breast cancer."

Jacqui Graves, head of health and social care at Macmillan Cancer Support, said: "Sadly, thousands of women like Carol are diagnosed with breast cancer every year in the UK so we congratulate EastEnders for helping to raise awareness of the condition.

"Being diagnosed with cancer can have a devastating impact, not just on the individual, but their families and friends as well. That's why it's vital people get the help and support they need at this difficult time."

Viewers who are affected by the issue are being asked to contact Macmillan Cancer Support on its helpline 0808 808 0000 or going to www.macmillan.org.uk.
Email Post
Labels: Carol Jackson