Kierston Wareing has admitted it wasn't her decision to leave 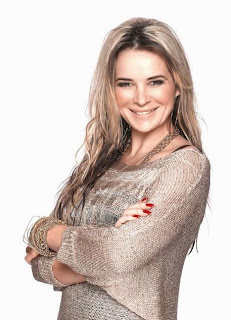 EastEnders actress Kierston Wareing has admitted it was not her decision to leave the soap.

The actress, who plays Kirsty Branning, has been written out of the BBC series since new producer Dominic Treadwell-Collins joined and axed four characters.

Kierston told TV Extra she hadn't chosen to leave, but was glad her character was going.

She said: "It wasn't my decision, it was theirs. A new producer came on board and he wanted to shake things up.

"I always wanted them to make that choice. I wasn't really happy with where the storylines were going, because I just thought it has become a bit one dimensional."

Kierston explained that she had struggled with the storyline where Kirsty lies to husband Max that she is pregnant to stop him from leaving her.

She said: "I enjoyed a lot of it, but I didn't really believe what I was doing. In the beginning I did, but I didn't believe the fake pregnancy."