New boy Terry is 'one of life's optimists' 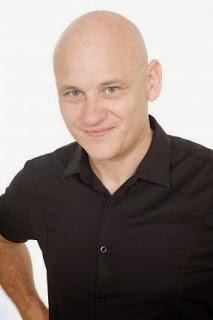 The 43-year-old comedian tells TV Times that Terry, who Bianca met while she was up in Manchester, is an 'optimist' (although we're sure a few weeks in Albert Square will knock that out of him!)

"Terry was in Manchester looking after his grandfather, and was doing a few odd jobs at the university," said the real Terry. "He met Bianca when she was banging on a photo booth, trying to get her money back.

"He's a QPR man and comes from Maida Vale. He's one of life's optimists, always positive and aims to make things better – but occasionally it goes wrong for him."