Viewers will see Alfie Moon's emotional struggles continue on EastEnders as he dashes after ex-wife Kat in the latest soap twist - shortly after tying the knot with Roxy.

Millions saw him go through with the marriage after a nailbiting will-they/won't they moment in church.

But after becoming newly married, Alfie still seems unsure of his heart as hurries off in pursuit of Kat as she heads out of the country.

Fans of the show were unsure whether he would choose to go through with the marriage to Roxy until he finally said I do. Kat was sitting in the pews at the back of the church to watch her ex make his choice before slipping out .

And when Alfie hears she is not only leaving Walford, but heading off to Spain, he embarks on a frantic dash to the airport to stop her.

The BBC said: " Alfie is still torn as to who he should be with."

Viewers will see more tonight on the BBC1 show at 7.30pm. 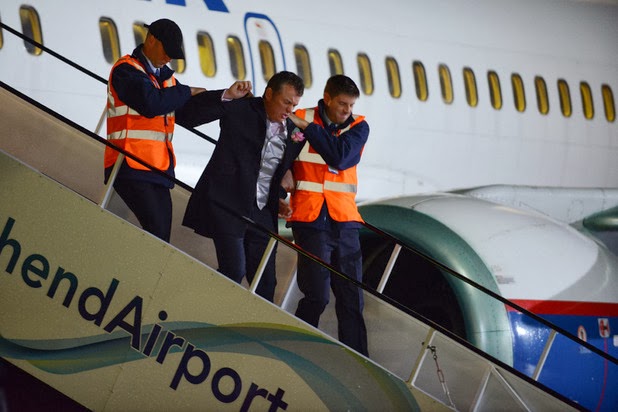