Shane Richie: Alfie's heart's not in his wedding

EastEnders star Shane Richie has admitted that his screen alter ego Alfie Moon is left torn between fiance Roxy and his ex Kat - and that his heart is no longer in his forthcoming wedding.

Speaking to the Mirror ahead of the dramatic scenes, which are set to air next week, Shane said that Alfie will face some tough decisions after sharing a passionate kiss with Kat on his stag night.

"Alfie believes it was the drink, so he tells her it shouldn’t have happened and she resigns herself to the fact that there is no future with Alfie," the actor explained.

"We don’t even know if she’s going to turn up at the wedding or not.

"He tells Roxy what he’s done and she forgives him and says it speaks volumes that he is there to marry her. Just as he’s about to say “I do”, there’s a noise at the back of the church and Kat walks in with Tommy. They look at each other but neither of them say anything, so he goes through with it."

Shane added that it had been a 'real honour' to be part of such a strong storyline.

"You can only play that when you’ve been in the show as long as we have," the 49-year-old admitted.

"I’ve spent the best part of a year working with Rita Simons (Roxy), and it brought something new to the table. But in the end, people want Kat and Alfie."

And Shane - who will front new BBC gameshow Reflex in the New Year - added that he hoped to be part of the Walford gang for a while yet.

"I can’t see myself leaving, as long as they let me out to do things like the gameshow," he said.

"And I like playing Alfie – he’s not an alpha male, he cries and wears his heart on his sleeve, so I love that." 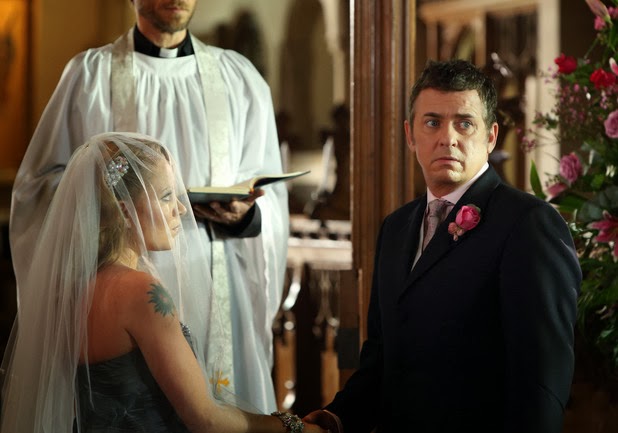 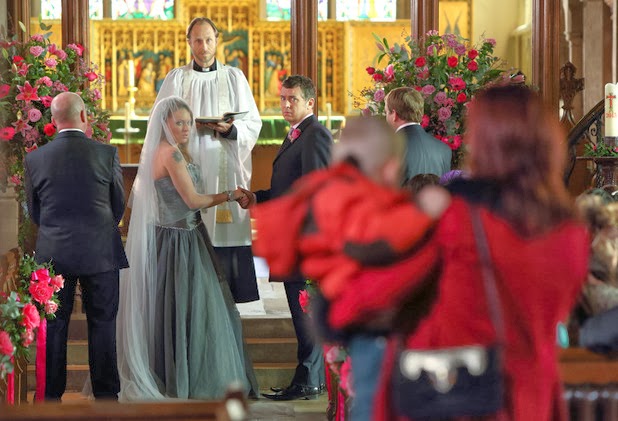 Anonymous said…
Kat and Alfie should back together..
Tuesday, 26 November, 2013