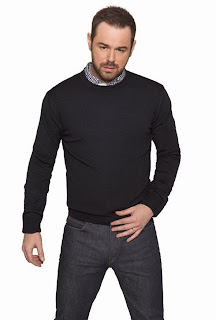 Danny Dyer shows his softer side when he makes his EastEnders debut by appearing comfortable in a fluffy pink dressing gown.

The hardman actor - who takes on the role of new Queen Vic landlord Mick Carter - and his screen wife Kellie Bright (who plays Linda) are seen in matching robes as they hang out of the pub window shortly after they arrive on Christmas Day.

Danny is best known for playing screen tough guys and hooligans as well as fronting documentaries about gangs.

He is one of the most high-profile new signings to Albert Square as executive producer Dominic Treadwell-Collins shakes up the cast.

Mick is the brother of Albert Square regular Shirley played by Linda Henry but the siblings have been estranged for many years due to bad blood between her and Linda. Their other sister, Tina (Luisa Bradshaw-White), is also a new addition to the cast.

The BBC said Mick was a 'big softie' and he 'thinks nothing of throwing on Linda's pink dressing gown and cooking breakfast for the family in the morning before getting the beer barrels ready downstairs'.

Mr Treadwell-Collins said: "Watch out Walford, the Carters are coming." 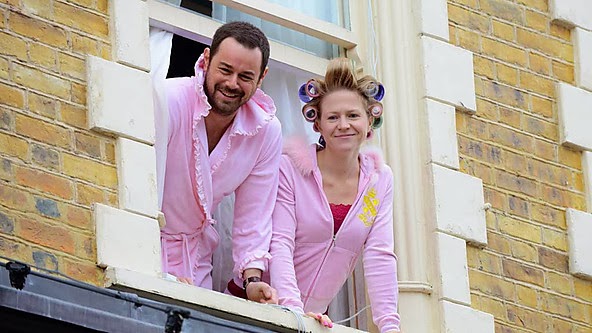 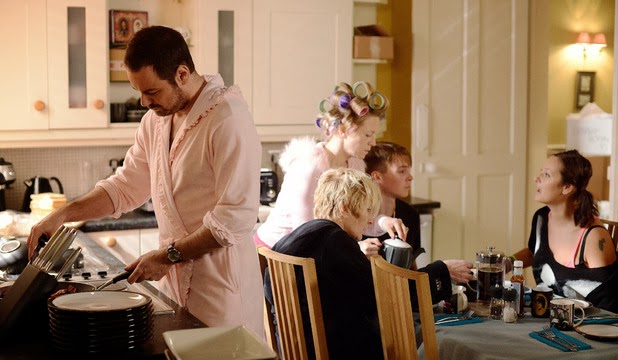