Anna Acton says hitting the sack with Max could get Summerhayes sacked!

EastEnders newcomer Anna Acton has admitted the affair between her character DC Emma Summerhayes and Max Branning is so wrong... but it feels so right.

Emma is the family liaison officer investigating Lucy Beale's murder, and she talks to Max because of his affair with the teenager before she died. The sparks fly and the pair are destined to have a steamy fling next week.

Anna told Inside Soap magazine: "There's a brilliant chemistry between them and Emma just can't help herself. I think they are just two people who really fancy each other!

"It's completely inappropriate and they both know it's utterly wrong - but sometimes that's what is most compelling. Max is this intriguing character who slept with his daughter's best friend, but Emma is still attracted to him.

"It's her job I'm most concerned about, to be honest. Emma could be in trouble!"

The actress revealed her character's stay in EastEnders will depend on her relationship with Max.

Asked how long she'll be in Albert Square, Anna said: "I wouldn't like to say, as you never know what the producers are thinking.

"I'm not sure how it would work, unless Emma's romance with Max progresses and actually works - but that's not often how things go in soap. We'll just have to wait and see." 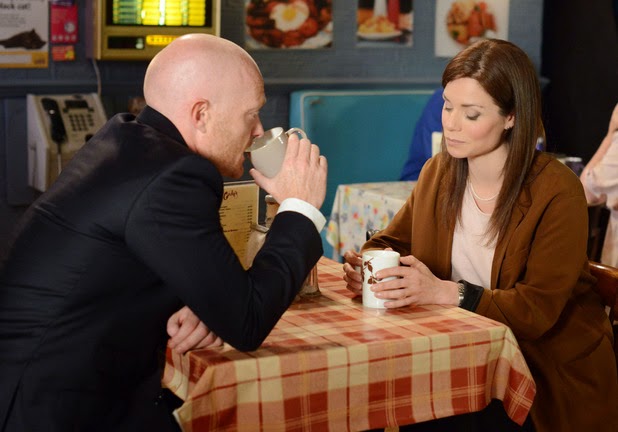 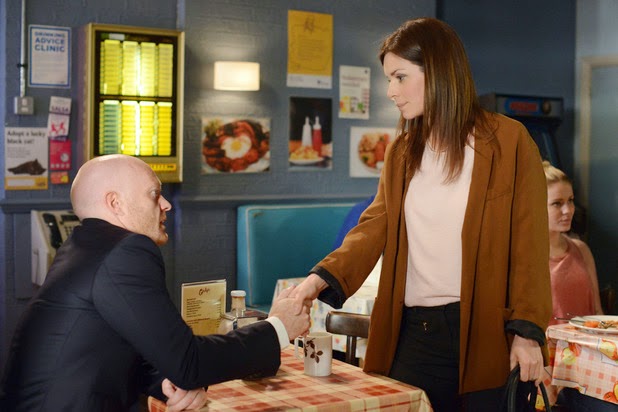